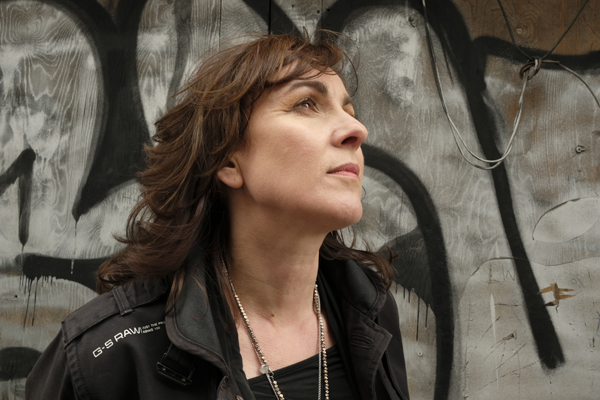 This concert has been canceled, all tickets will be refunded.
Karan Casey has long been recognized as one of the most innovative, provocative and imitated voices in Irish traditional and folk music. Singing songs charged with a sense of social responsibility in a career spanning over 25 years, Karan has released 7 solo albums as well as an album for children, a duet album with John Doyle and numerous contributions to other artists’ projects. She has toured extensively throughout North America, Europe and Japan, performing with her own band as well as collaborating with such diverse musicians as James Taylor, Bela Fleck, Boston Pops Orchestra, Liam Clancy, Maura O’Connell, The Chieftains, The Dubliners, Peggy Seeger, Karen Matheson, Mick Flannery, Mícheál Ó Súilleabháin, Tim O’Brien, Solas and Lúnasa.

Black Box. General admission seating. 7:30 p.m. Tables can be reserved with the purchase of eight tickets.

Dogwood Box Office hours are Tuesday – Friday from 10:00 a.m. – 2:30 p.m. and two hours prior to an event. For more information please contact the Dogwood Box Office at 231.924.8885.
Tickets may also be purchased at NCCA-Artsplace in downtown Fremont. Hours are Monday – Friday 9:00 a.m. – 5:30 p.m., Thursday 9:00 a.m. – 8:00 p.m., and Saturdays from 10:00 a.m. – 2:00 p.m. For more information please contact NCCA-Artsplace at 231.924.4022.
In 2017 Karan was Traditional Artist in Residence at University College Cork, toured the UK with the Transatlantic Sessions, performed at Glasgow’s Celtic Connections, and toured in the US both with her own band and with Lúnasa, including a performance at New York’s Carnegie Hall. In 2018 Karan helped to found FairPlé which is an organization aimed at achieving fairness and gender balance for female performers in Irish traditional and folk musics.
Karan recently released her new album Hieroglyphs That Tell the Tale on the Vertical Records Label. Produced by renowned Scottish producer and Bafta-nominated composer Donald Shaw, the album also features Karan’s long-time musical collaborators Sean Óg Graham & Niamh Dunne (Beoga), Kate Ellis (The Crash Ensemble) and Niall Vallely (Buille).  Drawing inspiration from contemporary folk writers Janis Ian, Eliza Gilkyson, Mick Flannery and Bob Dylan, the album displays Casey’s impressive talent as a song writer. She is joined on vocals by some of the women singers she’s long-admired, including Karen Matheson, Niamh Dunne, Pauline Scanlon, Maura O’Connell and Aoife O Donovan.
“Karan Casey’s latest album is revelatory. She’s always been a singer of songs that tell a story and show their muscle…. This is a strikingly three-dimensional work that stands the test of intensive and repeated listening with ease. A vivid and dazzling snapshot of Casey invincible, at the height of her powers.”
Siobhán Long, Irish Times
“Casey’s voice is among the loveliest in folk music and she’s a wonderful interpreter of both contemporary and traditional material.”
BOSTON GLOBE
“Karan Casey’s latest solo venture is a thing of rare beauty.”
SING OUT
“The most soulful singer to emerge in Irish traditional music in the past decade.”
THE GLASGOW HERALD
“If ever any doubt existed about who’s the best Irish traditional woman singer today, “Exiles Return” sweeps aside all pretenders…Karan Casey has no vocal peer.”
IRISH ECHO