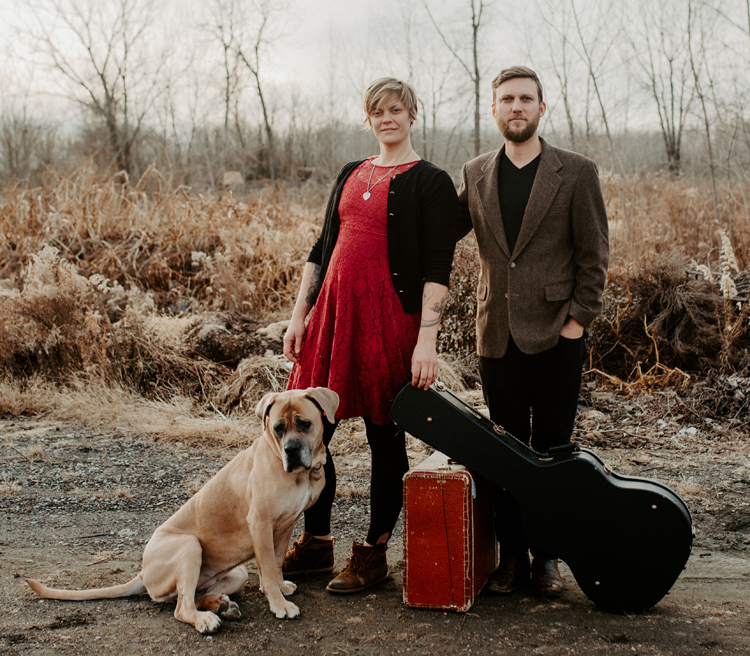 From their upbeat, commanding stage presence and sharp banter to their earworm-inducing melodies and heartstring lyrics, this dumpster-folk/thriftstore Americana duo has been writing and performing together since 2007. Mallory Graham and Scott Tyler inevitably formed The Rough & Tumble in 2011 as the friends turned into bandmates. In 2015, after a bad Nashville landlord left them without heat for 12 days during an ice storm, the bandmates turned spouses decided to hit the road. They sold everything they could, bought a 16’ camper (despite the warning of their families and the lot salesman), packed up their instruments, their dog and hit the road. They have been touring relentlessly since with their two 100lb rescue dogs, Mud Puddle and Magpie Mae.

On February 19, 2021 The Rough & Tumble dug into the severed branch of their family tree, bringing their newest work, We’re Only Family If You Say So, a full length record about what it takes to be family– and what it means to lose it. As with their previous two albums, it was recorded in East Nashville, TN with producer/engineer Dave Coleman. The raw, emotive nature intersects with the sweet, nearly upbeat tone that touches a nerve unfortunately familiar to listeners, particularly in the aftermath of division in both nation and families alike.

The new record follows on the 2019 release Howling Back at the Wounded Dog, a 10-song album wherein response was audible, with audiences literally howling back at performances coast-to-coast. The opening track “The Hardest Part” won the Independent Music Award’s Best Americana Song of 2019.

Click here to get your tickets now! Tickets are $20 each. General admission, Black Box.  The Dogwood Center is located one mile east of downtown Fremont. Doors open for seating at 7:00 p.m.