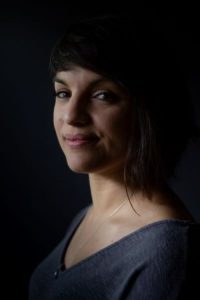 Underwritten by: The Howard Miller Company

Her book, I Never Thought of It That Way: How to Have Fearlessly Curious Conversations in Dangerously Divided Times discusses the crisis of broken conversations among confounded people. It shows you how to overcome the fear and uncertainty that surrounds us to finally understand and learn from people in your life with different and opposing world views.

Guzman studied social and political division as a 2019 fellow at the Henry M. Jackson Foundation and researched how journalists can rethink their roles to better meet the needs of the participatory public as a 2016 fellow at the Nieman Foundation for Journalism at Harvard. She was named one of the 50 most influential women in Seattle and served twice as a juror for the Pulitzer Prizes